Did you know ? Link between Canada and Winnie the pooh 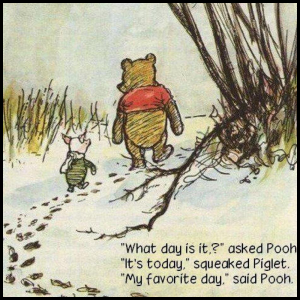 It’s thanks to a little bear from Canada called Winnipeg that A.A. Milne invented Winnie-the-Pooh for his son Christopher.

A bear cub named Winnipeg was exported from Canada to the London Zoo in 1915. A little boy named Christopher Robin Milne loved to visit Winnipeg (or Winnie for short) and his love for the bear cub inspired the stories written by his father, A.A. Milne, about Winnie-the-Pooh.