Which legal document recognizes the cultural diversity of Canadians?

So this is another question which has some confusion around it. There are two possibilities.

The Canadian Charter of Rights and Freedoms (often simply referred as ‘the Charter’), is a bill of rights entrenched in the Constitution of Canada. It forms the first part of the Constitution Act, 1982. So it was official in 1982.

So which one is right ?

“Canadian Charter of Rights and Freedoms” is the right answer because it was the “first” document that recognized the multiculturalism in Canada and accepted it as ” a right of Canadian Citizenship”.

As a cheat ……………CIC tells you to read the book when prepping the test. If you see inside the “Discover Canada” book there is no mention of the multiculturalism Act however, ‘The Canadian Charter of Rights and Freedoms’ is mentioned along with the mention of acceptance of Multiculturalism. 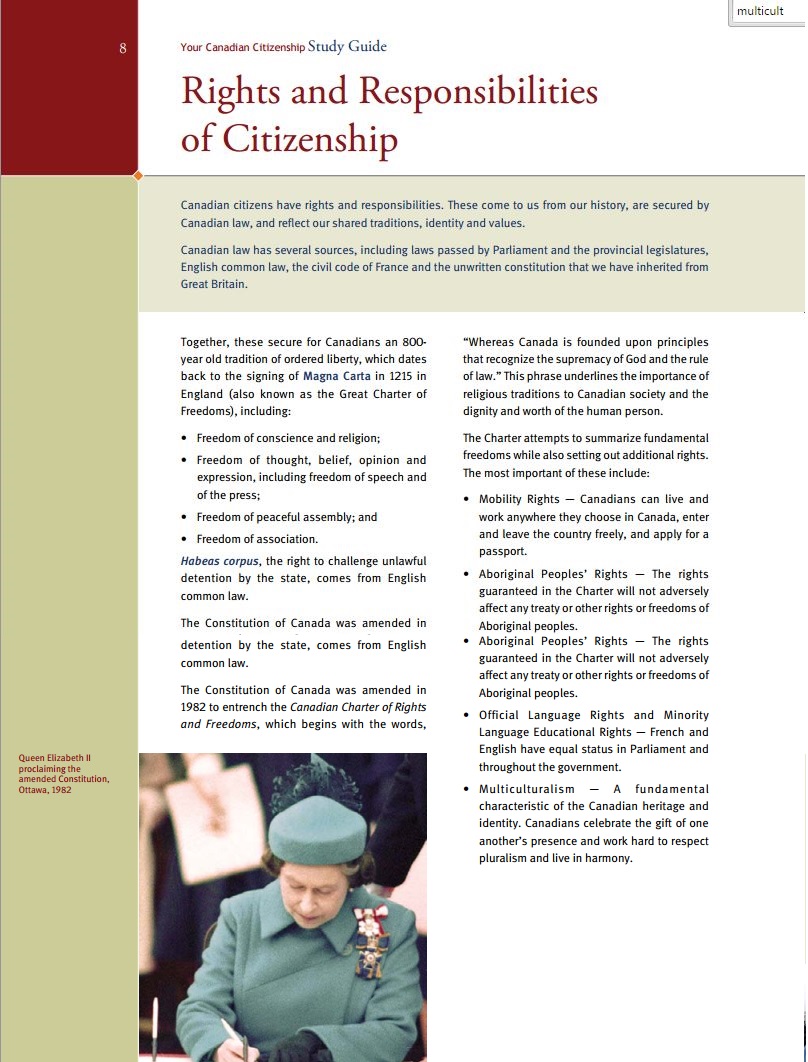 How well do you know Canada’s History